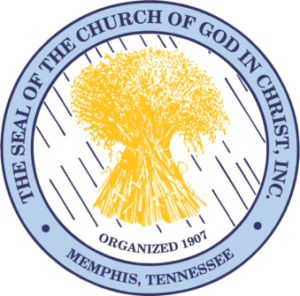 In 1915, the racist hate groups that had plagued Reconstruction, reorganized and in 1916 brought the “Back to Africa” movement of Marcus Garvey. In 1919, racial tensions came to a head. African-American population in northern cities grew and discharged black war veterans entered the job pool. In the decade from 1910-1920, Detroit’s African-American population grew by more than 600 percent, Cleveland’s by over 300 percent, and Chicago’s by 150 percent. The mass migration from the Deep South to the industrial north created a brush fire of racial violence across the country. In July 1919, the worst rioting up to that time erupted when a black teenage was purposely drowned after drifting over to a “white” section of Lake Michigan.

It is into this setting that as Joshua ushered Israel’s new and young generation into the land of promise, amidst turmoil and adversity, the great forefathers of our church lead the youth department into the promising future of spiritual education, enrichment, and evangelism. The Young People Willing Workers Department is the International Youth Department of the Church of God in Christ. In 1912, Elder M.C. Green of Arkansas was appointed National YPWW Leader. At this time the national activities of the young people were confined, more or less, to sessions in the National Convocation.

In 1917, Bishop O.T. Jones, Sr. of Fort Smith, Arkansas was appointed as the National President. Under his administration, YPWW grew to a large training organization. With the increasing number of philosophies and doctrinal dogmas circulating and targeting America’s youth, it became vitally imperative for the youth of the church to be educated in the biblically based doctrines of the Church of God in Christ. In 1929, the first National YPWW Congress was held in Kansas City, Missouri. Since that time, the Congress has grown to such proportions that its attendants fill some of the largest.

Bishop C.D. Owens was the next International President of the YPWW Department. His charismatic personality and “silver tongue orator” delivery gave the department unequivocal exposure. He is credited with moving the responsibility of the YPWW Topic to the COGIC Publishing House. Bishop H.J. Bell then became the first author after the change and gave the YPWW Topic the name COGIC Training Union.

The Youth Department continued to excel under the leadership of the next two Presidents, Bishop William James and Bishop Charles Brewer. The department’s emphasis shifted from the pedagogical to include the evangelical. Many young people experienced the ecstasy of divine power and the magnanimity of divine grace as the “latter rain” fell mightily in the Youth Congress services.

President J. Drew Sheard was appointed International President after Bishop Charles Brewer. He served as the catalyst in expanding the scope of youth ministry with creative and innovative youth programs. Regional youth rallies provided the impetus for reparation and reclamation of enthusiasm and department synergy.

The contribution of women in the Youth Department has been undeniably intrinsic. Women like Mother J.V. Hearne, Mother Clara Clemmons, and Evangelist Deborah Thomas paved the way for women working in youth ministry serving as International Chairladies. Evangelist Joyce Rodgers’ passion for youth ministry led her to being appointed International Chairlady in 1999. She has enhanced the programs of the International Youth Department by developing exciting new programs including “Sister to Sister,” Created to Praise (Praise Dancers) and Young Women in Ministry (YWM).

In the year 2000, Pastor Brandon Porter was appointed International President by Presiding Bishop, Bishop G.E. Patterson. Pastor Porter accepted the challenge for global ministry. With visionary goals, he introduced various ministries. He was responsible for the publishing of the first Youth Department Magazine-Youth LINC.

Pastor Michael Hill was appointed in January 2005 as the ninth President of the International Youth Department. Pastor Hill’s passion for ministry and commitment for excellence has taken the department to a greater level. He is building upon the foundation of his predecessors, and has ‘lengthened the chords’ and extended the arms of youth ministry to reach a changing generation. Pastor Hill has approached this opportunity in a fresh and innovative manner revamping existing auxiliaries, establishing new programs, and has unveiled a new departmental logo. Currently, he is establishing the first International Youth Council which will consist of the young people of the Church of God in Christ.

In the year 2009, Superintendent Linwood Dillard was appointed the President on the International Youth Department and Evangelist Joyce Rodgers was re-appointed as Chairlady of the department. Under the leadership and extensive plan of Superintendent Dillard, the department took a quantum leap into the 21st Century utilized technology, a contemporary organizational structure and a “team” strategy to meet the challenges of today’s youth. Superintendent Dillard implemented the development of a strategic plan for the department as well as developed commissions to meet the ever-changing environment that our youth deal with daily. Those commissions included; Education, Juvenile Crime Prevention and Reduction, Recreation and Organized Sports Commission, Information Technology, Spiritual Empowerment, College and Career Preparatory, College Campus Ministries.

In 2013, Pastor Benjamin Stephens, III was appointed President of the International Youth Department and Evangelist Joyce Rodgers was re-appointed as Chairlady of the department. Under the creative leadership and visionary plan of Pastor Stephens, the department looks to build on the solid foundation that has been laid in our prosperous history.  Pastor Stephens has a plan to embrace the youth, youth leadership, and parents with innovative ideas that will lead countless souls to Jesus Christ with a belief that these steps will nurture their growth in faith.  On these proposed fundamental and refined techniques given by Pastor Stephens, the International Youth Department is poised to march forward into the future.