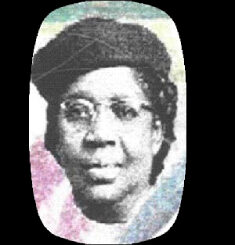 In 1920’s, she joined the Church of God In Christ under the leadership of The late Superintendent J. J. Flowers. In 1941, she was appointed District Missionary, Tampa District, by the late Mother Lula Henderson in Western Florida. She served as the Treasurer of the Women’s Department, Western Florida; Assistant Chairman of the Executive Board; and State Mother’s Helper, Western Florida. In 1967, she was appointed State Supervisor of the Women’s Department of the SOUTHWESTERN FLORIDA JURISDICTION C.O.G.I.C. She served as the State Supervisor for 15 years and as Emeritus Supervisor for 7 years. 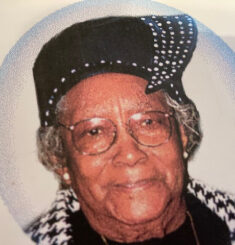 On June 3, 1982, the late Bishop W. E. Davis appointed Mother Bernice Richardson Donnell as Jurisdictional Supervisor. Prior to Mother Donnell’s appointment as State Supervisor, she worked actively in College Hill as the first President of the Missionary Board from the late seventies until 1980. After becoming a State Supervisor, Mother Donnell was appointed to the Advisory Board of the International Women’s Department and Circle Number One of the Board of Supervisors. 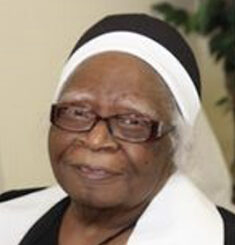 In June 1964 at the Church of God by Faith Mother Baker received the Holy Ghost and later she joined Jones Temple COGIC, Williston, Florida under the leadership of the late Superintendent J. J. Jones. She was appointed Secretary of the Williston District and Assistant Church Mother to Mother Freddie Miller. In 1969, the family moved to Tampa and she became a member of Brown Temple COGIC under the leadership of Elder J. B. Brown and co-pastor Elder W. W. Gilyard. She was President of the Choir, Recording and Financial Secretary and Superintendent of the Sunday School. In the early 1970’s, she became the Evangelist Elect Lady for the SOUTHWESTERN FLORIDA JURISDICTION C.O.G.I.C. as counterpart to Elder B. Broderick, Elder George Keys, Elder Dan Davis and Elder Steven Austin for twelve years. In 1983, she was appointed District Missionary as counterpart to Superintendent B. O. Walker and Superintendent Matthew Williams of the Pinellas District, which later became the Suncoast District for a total of fifteen years. In 1988 she became the founder and Mother-in-Charge of the Overcoming COGIC in Clearwater, Florida. She served in that church for eleven years. In January 1999, she was appointed Jurisdictional Supervisor Designate of the SOUTHWESTERN FLORIDA JURISDICTION C.O.G.I.C. and was capped by Mother Willie Mae Rivers, International Supervisor of Women’s Department COGIC on July 10, 1999. 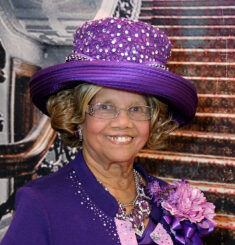 Supervisor of the SOUTHWESTERN FLORIDA JURISDICTION C.O.G.I.C. – 2020 to present.

Mother Evelyn Cooper is a native of Seffner, Florida where she currently resides. Mother Cooper was married to Deacon Eugene Cooper for fifty years and to this union three children were born. As a young child Mother Cooper felt the Lord tugging at her heart and at eight years of age was baptized at First Missionary Baptist Church. In 1952, there was and old sainted Mother that moved next door to Mother Cooper and began to expound on the Word of God using several scriptures, but the one that stood out the most was Hebrews 12:14 and 2 Corinthians 5:17. As a result, at the age of 18, Mother Cooper repented, received salvation, was baptized in the Holy Ghost and joined Seffner Church of God in Christ which was later named Emmanuel Church of Seffner where she still attends. Mother Cooper served in many capacities of the church: Church Mother, Sunday School Superintendent, Choir President, Sunshine Band President, Financial Secretary and was appointed by Mother Willie B. Lewis as the State President for the YWCC.

The origination of the State Women’s Auxiliary Night, known as SWANN Night under the leadership of the late Mother Bernice Donnell and the late Bishop W.E. Davis was originated by Mother Cooper.

Mother Cooper has worked tirelessly and has supported her local, district and state organization. At the inception of the Dade City District by the late Bishop W.E. Davis, Mother Cooper was asked by Superintendent Mitchell Davis to be the District Missionary. She served in this capacity for eight years. Later the E-7 District was formed with the late Elder Jesse Smalley as the Superintendent and she was appointed District Missionary where she has served for twenty-five years. Because of her great dedication mother was elevated to serve alongside the late Mother Alberta Baker as Assistant Supervisor for twenty-one years. Mother Cooper has also availed and dedicated herself not only to her church but also in the community. She served the Mango, Seffner and Thonotosassa Civic Organization, as well as PTA president for Jennings school for many years. Mother Cooper worked for Hillsborough County Transportation for twenty years and has fostered thirty-five children in her home. If you were to ask Mother Cooper how she did all these things her reply would be, “God is the source and the strength of my 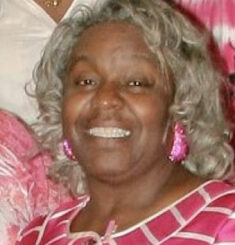 Rosemary S. Gadsden had a distinguished federal career retiring after 41 years of Federal Civil Service from the United States Department of Housing and Urban Development. Mrs. Gadsden is a native of Tampa, Florida where she attended University of South Florida and furthered her education by attending curriculum at the John F. Kennedy School of Government at Harvard University and the University of Maryland School of Public Affairs. Mrs. Gadsden has been a member of Brown Memorial Church of God in Christ for 35 years under the pastorate of Bishop Matthew and Lady Gayle Williams. In her local church, she serves as an Adult Sunday School Teacher, President of the Missionary Board, Youth Director and member of the Mother’s Board. She has served as Jurisdiction Department of Women Secretary since 1992 under the leadership of Mother Bernice R. Donnell and Mother Alberta M. Baker. She was selected as Assistant Supervisor Designee by the late Bishop Matthew Williams in July 2020. 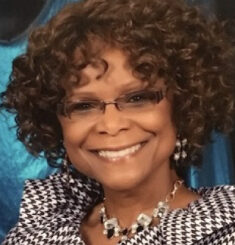 Missionary LaVern Dunbar is known to say ‘Whatever you do, be real, and Keep it straight as you go’. Missionary Dunbar married Elder Roosevelt Dunbar Aug 17,1974. Through this blessed union they had four beautiful children, Dr. Elder DJ Dunbar, Mellisa Woodie, Matthew Dunbar and Courtney McRae. They have nine precious grandchildren, that she absolutely adores. Missionary Dunbar is the 1st lady of Amazing Grace COGIC. She is also the District Missionary for the Greater Palmetto District of the Church of God in Christ. Missionary Dunbar is an inspiration and role model to all who want to pattern their life after Christ.